Buyer demand remains strong despite the relative summer pause. In the first week of August, individual buyer enquiries to agents are up by 56% on the same period in the pre-Covid year of 2019, and down by just 17% on the frenzied post-lockdown 2020 numbers according to Rightmove. Available stocks for sale are still at record lows.

Over 950,000 property sales are estimated to have taken place across the UK in the first 7 months of 2021, making it the UK's busiest housing market since 2007. Sales volumes in 2021 are over 30% higher than in any year since 2007, with the exception of 2016. Zoopla estimates the number of sales agreed in August is up 21% on 2018/2019 with predictions that sales volumes will top 1.5 million by the end of the year. Rightmove’s analysis shows that the likelihood of sellers finding a buyer remains at, or close to, an all-time high.

UK economic growth rose by 4.8% between April and June, as most businesses emerged from lockdown. The expansion in the gross domestic product was fuelled by retail, restaurants and hotels (ONS).
The economy is predicted to grow by 5.75% in 2021, its highest rate in 70 years according to the latest forecasts by the Bank of England, the IMF has upgraded its forecast for 2021 to 7% (from 5.3% in April). The economy crashed by 10% during 2020. The Bank of England predicts inflation will reach 4% by the autumn, its highest level in a decade and twice the government's 2% target. Interest rates remain at 0.1%.

According to Nationwide, annual property price growth was 11% in the year to August, month-on-month prices increased by 2.1%. The average price of a property in the UK is now £248,857.
Overall, asking prices have fallen by -0.3% this month, this is the first price drop recorded in 2021. The upper end of the market saw a decline in asking prices, whereas first-time buyers and second steppers increased (Rightmove). A net balance of agents (+66) sense prices will rise over the next 12 months according to the July sentiment survey released by the Royal Institute of Chartered Surveyors. Measures tracking new instructions have fallen for the fourth consecutive month while demand and sales measures remain positive. 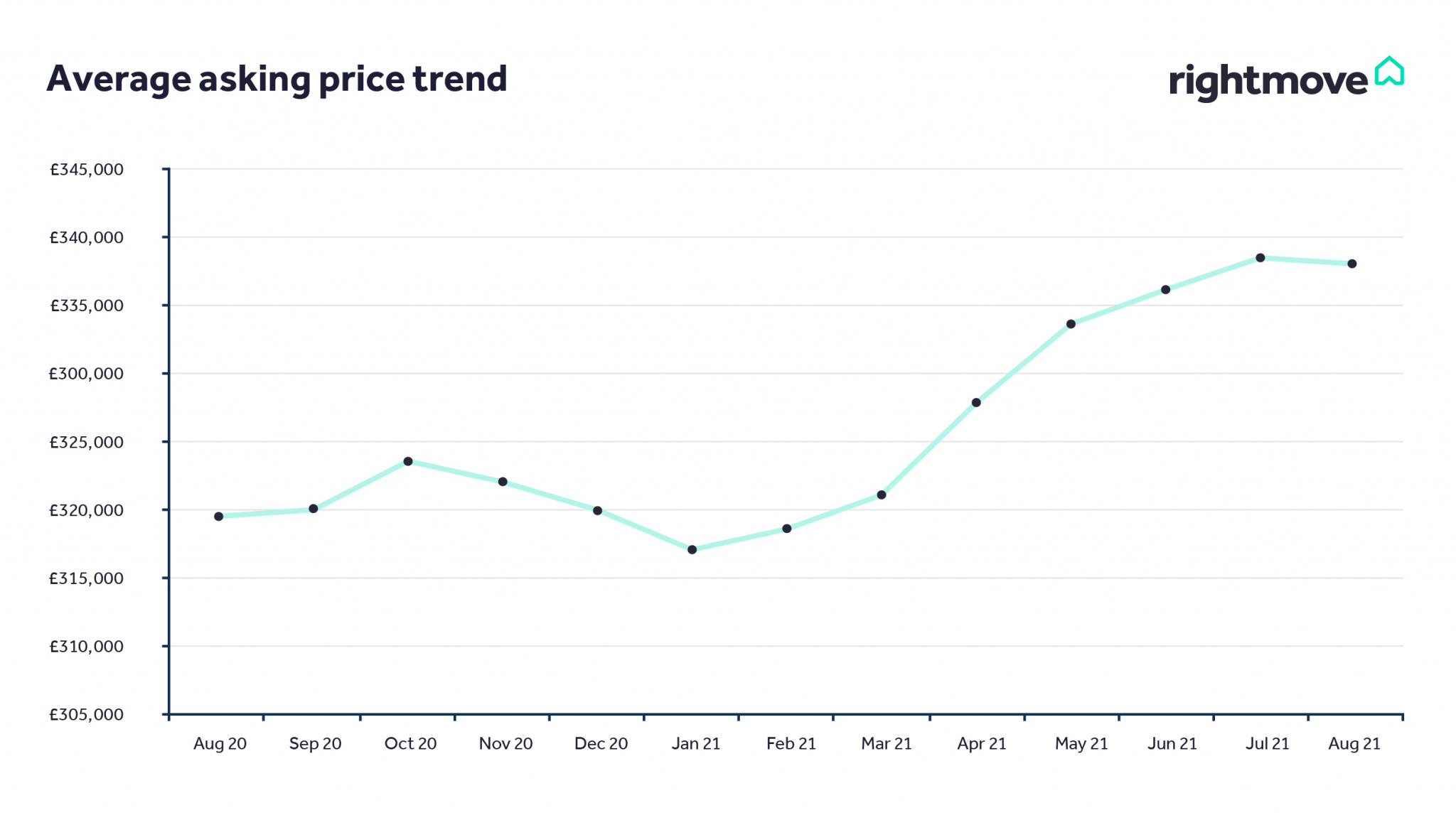 The HMRC estimate nearly 200,000 sales took place in June, over twice the June average (2011-2019) as the Stamp Duty Holiday deadline approached. Over 100,000 sales have been recorded in each of the last nine months, June the highest monthly total ever recorded. According to Rightmove, this was the busiest first half of a year ever. There were 140,000 more sales agreed in the first half of the year and 85,000 fewer new listings than the long-term average. This imbalance created a 250,000 shortfall of homes for sale.

At 36 days, the time taken to sell a property (from marketing to SSTC) is 29 days shorter than at the start of 2021 (Rightmove). Properties are currently selling the quickest across the South West (32 days) and those in London taking 55 days. 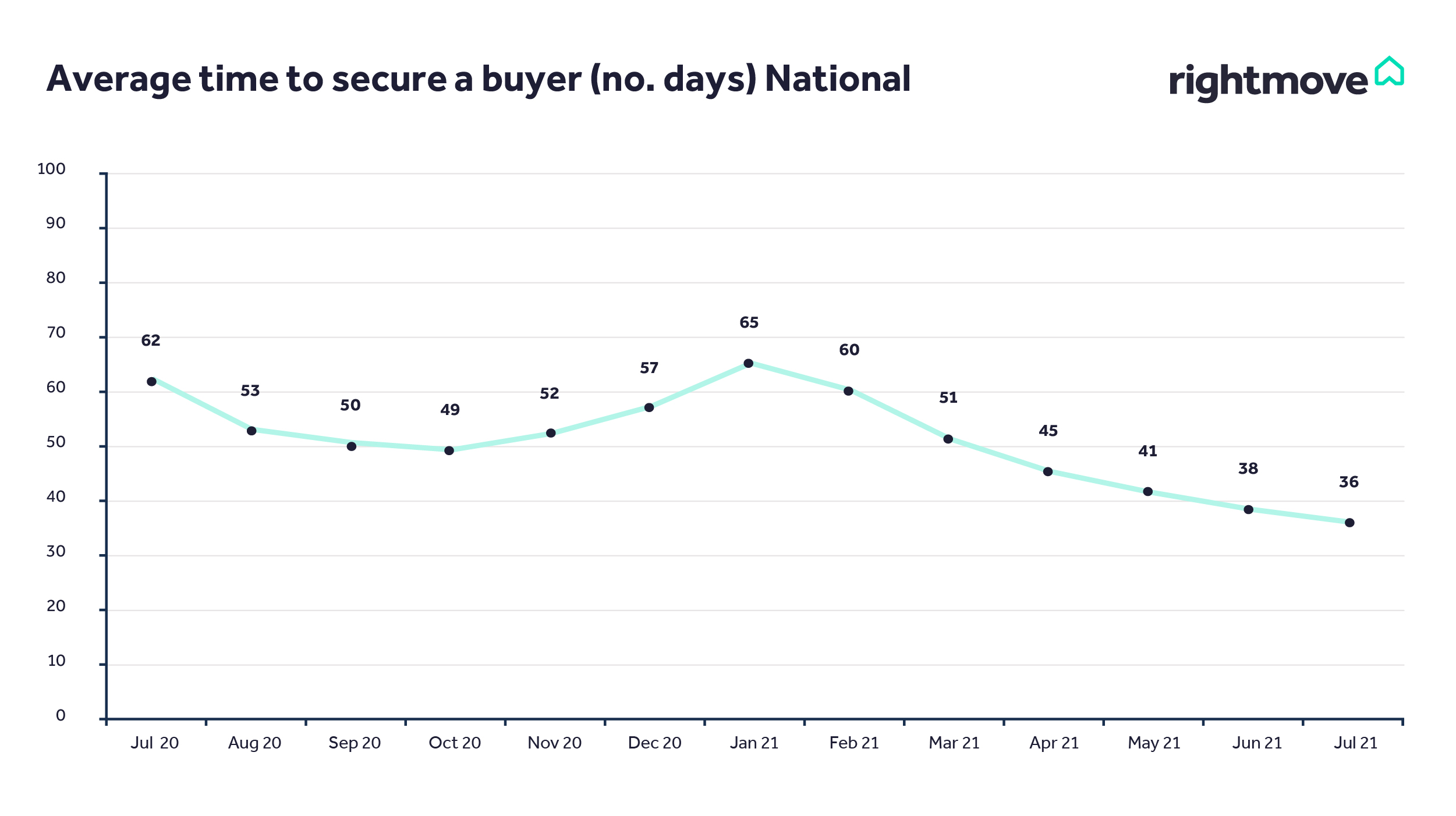 Mortgage approvals in July for house purchases were 9.5% higher than July 2020. After peaking in June (£43.8bn), gross mortgage lending in July dipped back to £16.5 billion (Bank of England).
According to Rightmove buyer demand in the first week of August was up 56% compared to the same period in 2019 and down just 17% on the busy post lockdown period.
The Dataloft Demand Index shows housing demand is currently 22% higher than a year ago, as housing market momentum continues to be buoyant.

These market conditions mean that home-owners who have yet to come to market and address their new housing needs should act soon to get a better chance of a quick sale at a good price and be in their new home before Christmas. Rightmove’s analysis shows that the likelihood of sellers finding a buyer remains at, or close to, an all-time high. The average time for a newly listed property to be marked sold subject to contract is the quickest ever at 36 days, which is a whole month faster than in February 2020, which was the last month before the first lockdown.

However, given the fierce competition to buy property even these impressive statistics leave a high risk of losing out to another buyer who is in a better position to proceed. As a result, many sellers are choosing to have a buyer lined up subject to contract before entering the race to secure their own purchase. “Selling before you buy” puts them in the best position to be at the front of the queue to buy suitable properties as soon as they come to market. 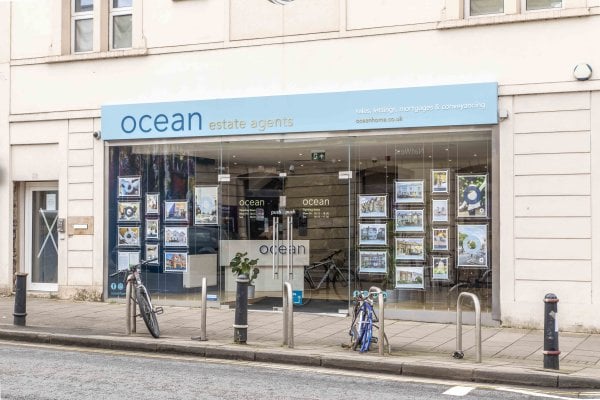 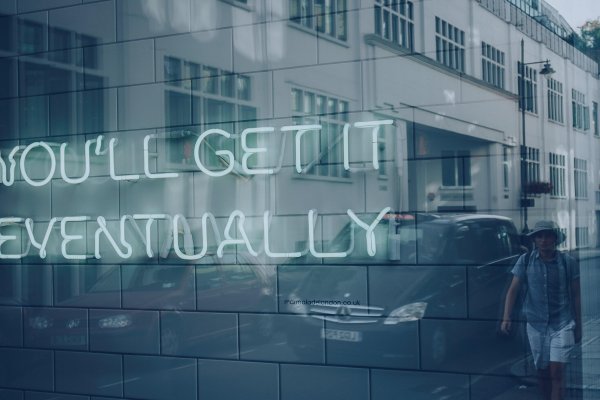